I didn't like the beta, as I just had a really bad experience with dieing to idiots. This has changed since launch.

I have been playing since about 2 hours after launch and have been really getting into the game. For starters the size of the battles are epic. Guys all over the place, bullets wizing around, this is real warfare that you usually only find in Arma 2.

The graphics still look a bit off to me, blurry like its some forced FSAA or upscaleing but performance wise the game runs well and it does have its visual moments. I have everything on high except for the motion sickness blur and the pointless SSOA.

I am playing on a US WEST server and havn't had too much trouble with lag. Usually issue with the medic gun being stuck on someone is only when I find out I am lagging.

Its a bit sad that gameplay seems to only take place around bases and you don't encounter anything between unless its flying. Most people spawn in from the moblie spawn points but the battles around the base are a lot of fun.

The game is on steam but personally I have downloaded it directly off the Planetside 2 site.

I can't really comment on the free to play part of the game yet but the membership benefits do look worth while and it looks like you loose nothing but the cert boost if you stop subscribing. I'll see how I go after a few more days to really get a feel of the game.

I am kind of stunned that the concept art for this is now a 3D model. These guys aren't lazing around:

Guild Wars 2: Fractals of the mists

Fractals of the mist is a brand new instance coming to Guild Wars which is made up of mini dungeons. As the name suggests it is parts of the mists.

Best to think of this as a massive caverns of time with random locations for each mini dungeon.

Each time you run you randomly get put into 3 diffrent shards of the mists. When you complete all 3 you retrun to face a random boss. The diffuculty slowly incresses the more you make progress and the dungeon is open to all character levels making it very accessable.

Here is the trailer for the dungeon:

Put the direct link up instead of embeding:

Warning, contains over use of lens flare which maybe harmful to children.
Posted by Quanhan at 9:17:00 AM No comments:

Labels: Battlestar Galactica, Blood and Chrome, Not a game

Mythic who runs Warhammer Online was renamed to BioWare Mythic in 2010 have just announced they are now called Mythic again dropping the Bioware tag.

Labels: Battlestar Galactica, Blood and Chrome, Not a game, trailer 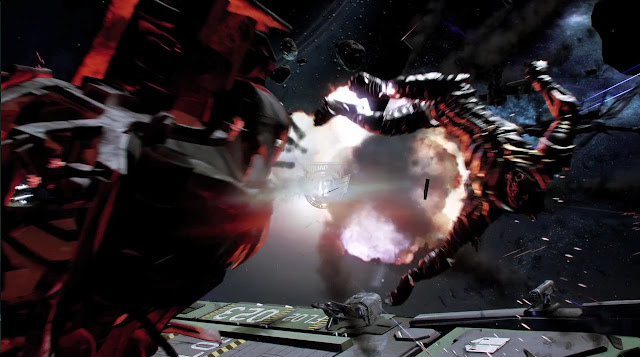 Looks like a Kilrathi. I really hope that they are in the game, I wouldn't mind a name change. They are the greatest enemy in Wing Commander and really add flavor to the war. I couldn't stand the Nephilim from Wing Commander 5, they were boring and generic and so I never finished that game.

So hopefully the Kilrathi return.
Posted by Quanhan at 10:02:00 PM 1 comment:

The first alien race of Chris Roberts: Star Citizen has been announced. A lizard looking race called the Xi'An. 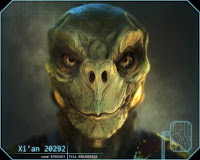 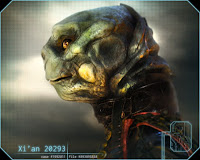 Now they just need to add a race based on the Kzin, maybe Kilbathi or Purathi or something =P
Posted by Quanhan at 9:59:00 AM No comments:

The rumored Guildwars 2 content has been confirmed is coming this month.

Teaser details can be found here:

The post game content support for Guildwars 2 is far more than I expected and no monthly fee. We just came out of the Mad King Thorn event and now we have this. Also next month will be the Christmas events. 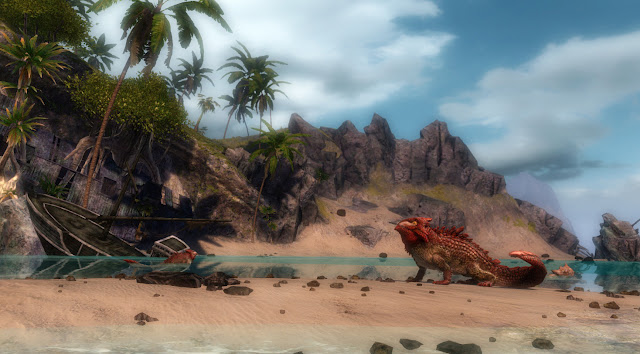 I am am also very keen on seening the DOTA prototype from the Halloween event turn into a full time sPVP game. It was tons of fun.
Posted by Quanhan at 5:48:00 PM No comments: