A lot of old classics returned as reboots sequels or spiritual successors unlike the Movie industry's though these ended up being good.

I first played elite some time in the 1980's on my C64 but didn't really get into it until 1991 when a friend suggested I try it again.

Since then I have played them all, Frontier, First encounters and now Elite Dangerous which was recently released.
To me Elite is one of my favorite games as it tackles a subject I value in gaming. Exploration. In this case its the entire universe.

When I first saw elite it was a flickering black and white image coming from my C64. It wasn't the first time I had seen 3D graphics having previously played Mercenary ( Which was released after Elite ) before getting to play Elite but it was the first engine i had seen that did occlusion of back face planes ( no more see through polys ).

Elite Dangerous is a perfect upgrade of the classic with all the features. The future for elite looks good with promises of being able to walk on ships and stations and eventually planets.

Another game from the 80's which I played on my C64. Wasteland looked dated when I first got to play it, it remember thinking its graphics weren't that great but back then and still today it should never be about the graphics but I was comparing it to Sentinel Worlds: Future Magic which had much better world map art style.

The game itself and story were just so much fun. Challenging but fun. Having to survive in a post apocalyptic world scavenging ammo just got get though the next battle. It was brilliant that with a skill system that allow for many different solutions to a single problem really created a fantastic roleplay experience.

Before Wasteland 2 was released  I was replaying the dos version which came with the pre-order, I was supposed at how addictive it was after nearly 20 years.

Wasteland 2 brings all this back with dated 3D graphics .... but still with enjoyable combat and skill systems. It lives up to the original and brings us back to the Wasteland I remember.

The original brought many hours of coop gameplay on my C64. The secrets, glitches, bonus. I can't remember how far we ever got but the rumor of a dragon kept us going.

It was simple, 4 players go into a dungeon maze, shoot monsters. Remove monster generators and all the while your heath is ticking down.

For a arcade conversion the C64 did a decent job. Limited to only 2 players.

Gauntlet reboot has enough of the old classic to make it nostalgic but it is a different game from the original. Less maze running and more arena style room fights. Starting it up and hearing the title music was fantastic.


Not Released but coming soon

Ultima - Shroud of the Avatar

Ultima 5 - C64, my perception of  what a RPG is was warped from this day on. RPG's should be about exploration, dialog, living worlds to immerse yourself into full of living npcs that have names, jobs and other quirks. Full of little details like clocks with working hands showing in game time and beds with pixel blobs to show when someone was sleeping. This is what Ultima was about and I followed the series up to 9  but never got into the online version because it just felt dead compared to the worlds before it.

Shroud of the Avatar

This is the spiritual successor for Ultima and booting up I feel like I have stepped from Ultima 9 into a new Ultima series. The way the game feels, its just a sense of discovery the old style conversation system of typing keywords is back ( you can click if you can't type ), You can sit, and interact with the world, dragging items around. Its not quite Ultima 7 but its close and much more than what you expect in a online game. The game is currently in pre-alpha but what I have played feels more complete than a lot of other early access games.

Wing Commander showed us how to create a story and have characters. Its game play was simple compared to other simulators at the time and it ran on a terrible game engine but that didn't stop it from being one of the best space combat games of its time.

You felt like part of the Carrier group, running missions and proceeding though the war where the outcome of your mission effected the way the game branched. The thing that got me first time playing it was how you were dumped into combat with horrid music. I almost quit at that point that I blew up but that's when the game goes ' fooled you, that was just a arcade, here is the real game '

I played all the wing commanders up to 3. Skipped 4 and played 5 which was a bad idea. I have 4 on gog its just a matter of getting around to downloading it. The series though lost something when it stopped being about the Kilrathi war.

This game is still way far too off to get a feel on. It has a lot of promises which sound fantastic but progress seems to be slow. I was in the first wave of backers for this game. I only put down the amount for the box price entry and nothing more. I was hoping to have at least seen Squadron 42 ( The reason I backed the game ) but all we get is basically arcade mode and soon a FPS. Maybe someday I will boot it up and it will go Surprise, here's the real game like the original did. Don't get me wrong, I want this to be what its hyped up to be.
Posted by Quanhan at 11:40:00 AM No comments:

Where the Rytlock teaser was found: 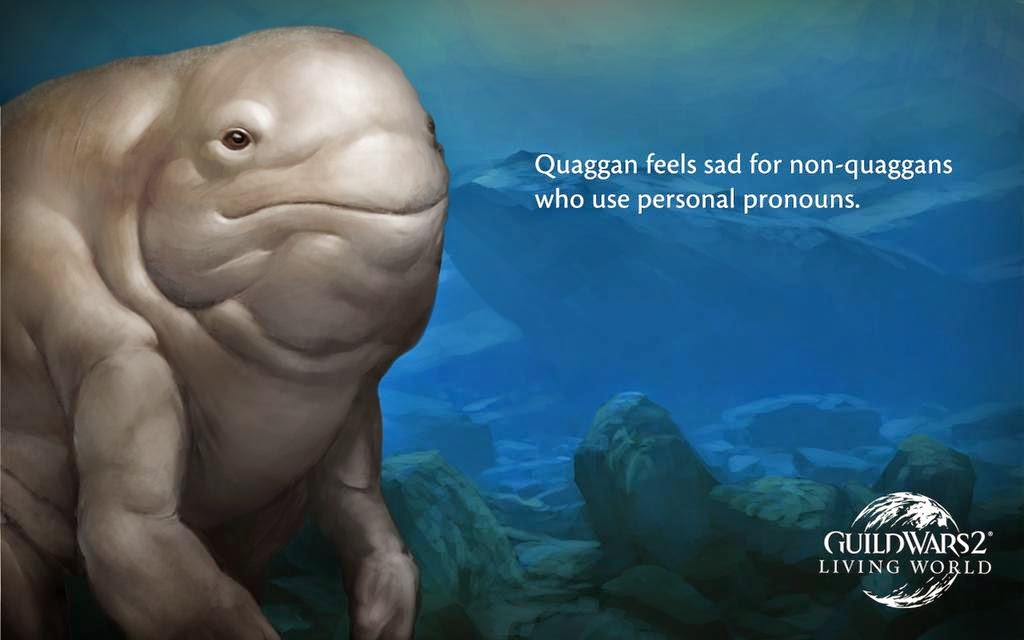 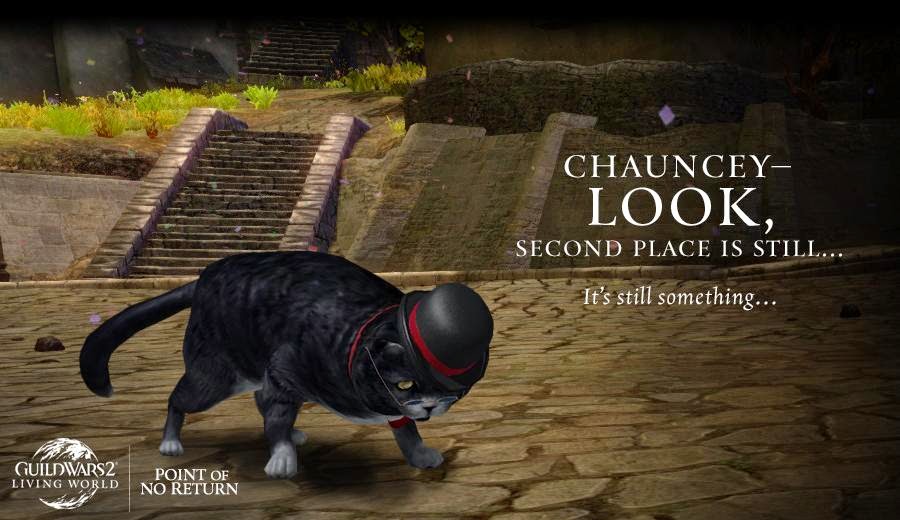 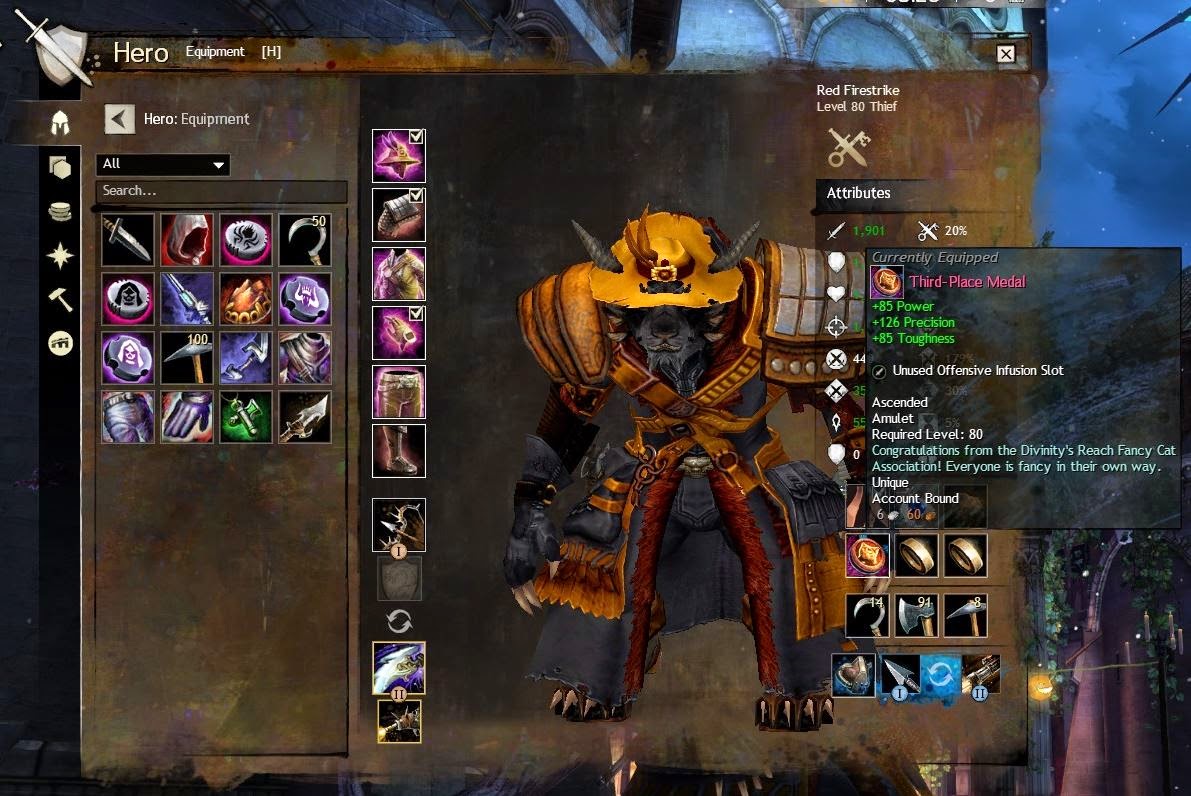 No update for Guildwars 2 living story next week due to Xmas. But they did leave us this: 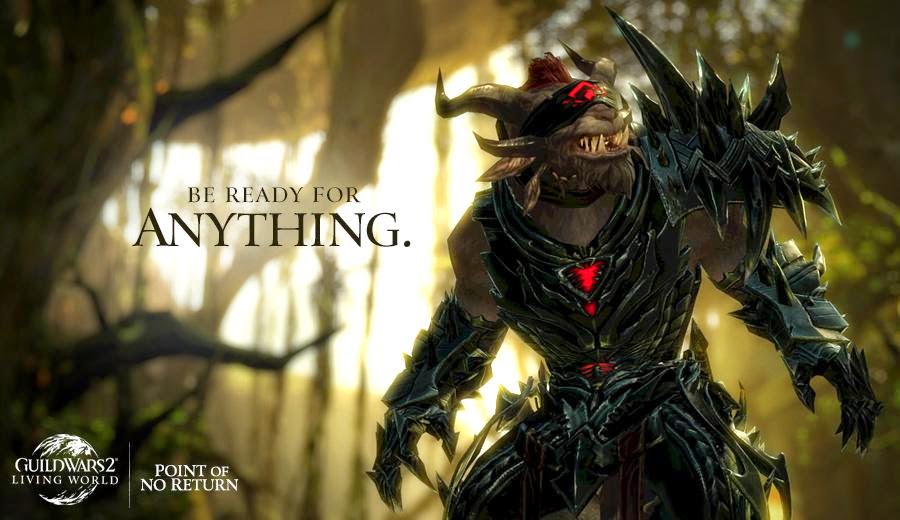 Warning: This trailer is like a Eve online Trailer in that what they show is exaggerated by 10x and not quite as exciting.


Other than that the rest of the game is correct. I still love the game, but like to point out Bullshot trailers when I can.
Posted by Quanhan at 7:30:00 AM No comments:

Elite: Dangerous is not being wiped

At release they aren't wiping the progress from the gamma test.

This is slightly annoying because they said they might a while back and so I didn't take it seriously. I am 100's of light years away from my free eagle at the ass end of the galaxy in a hauler.

Now I realise, I am stuck here unless I wipe ( loosing a ton of money ) or digging in and making a name for my self here.

I wish Frontier had communicated clearer there intentions with the gamma and save games.
Posted by Quanhan at 9:53:00 PM No comments:

This is the only sports game I enjoyed, besides TV Sports basketball ( Amiga ) and SpeedBall 2 ( C64/Amiga )


The Sequal is looking like its going to be a lot of fun.
Posted by Quanhan at 6:38:00 PM No comments:

The game will be unlocked on Steam and be made available for download on 11th December next week.

A bloody live action trailer has been released as well: