The last ever Oxhorn movie


Looks like Starbound, but also looks rather interesting. Still worthy of a vote: http://steamcommunity.com/sharedfiles/filedetails/?id=113700247&searchtext=signs+of+life

I had a bad feeling when I pre-ordered this game when it appeared on steam, turns out I was right.

This game seems extremely rushed. I was hoping for a deep Shadowrun Experience, what you get is something not much better than the weak SNES game from a few years back.

Combat is Xcom lite, as Xcom was lite to begin with this isn't good. You have two action points ( later on you get 3 but this doesn't help ), you can ether shoot, or move with those points. It has a cover based system but in the end the battles just feel pointless. You click, things die.

Inventory management is poor, just a few slots but no real loot to find. Guns need to be reloaded but you have endless ammo. Stores have a set selection of items and you can never travel back to any store in the game.

The game autosaves at checkpoints but these checkpoints can be far between areas. I spent quite a bit of time on a single map. Did 2 battles, and a whole bunch of stuff then exited the game. When I returned that game had reset me back to the start of the map and I had lost all progress and had to repeat it again.

For $1.8 million the game looks nice but has weak animations and zero voice acting.

The plot so far seems like a retelling of Jack the Ripper and very linear, it seems once you walk off a map you can't return to that location at all.

The game has a tool kit which makes people go, ' Its going to be like Neverwinter Nights ' but no multiplayer. So the true RPG shadow run experience is missing. If this had coop multiplayer it would be a much better game.

The game isn't worth $19.95 USD, $9.95 USD maybe. I know for sure that I won't be buying any more products from the devoplers Harebrained Schemes.

So I am personally disaponted with the game. It could have been a fantastic in deepth RPG, instead we got something more suitable for a cellphone. Just I can see the autosave system being a utter pain in the ass on a phone.
Posted by Quanhan at 11:26:00 AM No comments:

Ones some lamo emo undead elf thing that shouldn't be allowed to exist and the other is, well , AWESOME 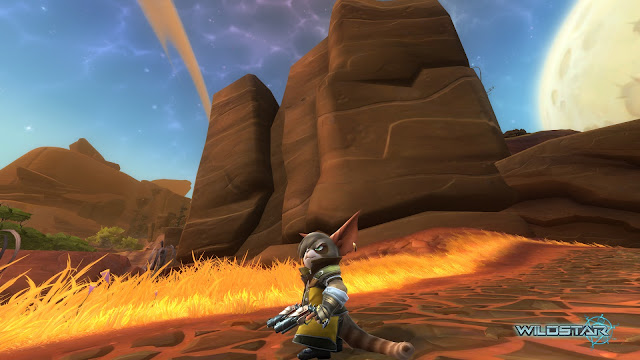 Nothing really new here if you are in the beta, it just showcases the new content added. Still looks good:

The next living story is about to begin next week, Who will you vote for ?

They have always doubled dipped since they released that retared horse but now you can do it in game:


For players who are already interested in the in-game items we offer, such as Pet Store pets and mounts, the benefits of an in-game store are pretty clear. We think everyone would appreciate the convenience of being able to make such purchases without having to leave the game, and ultimately that’s our long-term goal for the system, though there’s quite a bit of work involved in retrofitting those existing items into the new system.

I hated Star Trek Online for this in the past because it is insulting to promote fluff when your paying a subscription.

Since STO went free to play it hasn't bothered me and in fact I use the system. X amount of months = saved subscription fees which then can be converted into a ship if I choose.

Cause I am all for supporting a game, just not signing up for it to suck out money monthly then expected me to dump it into a cash shop as well.

Labels: Rant, road to free to play, World of warcraft

Just got my brochure for the 300i from ORIGIN Jumpworks

Right at this minute the engineers at ORIGIN Jumpworks are hard at work producing the ship i ordered. In the coming months I'll be able to visit the hanger and take a look over it myself and hopefully, so long as things stay on schedule, a test flight at the end of the year.
And remember, the next generation is now.
Posted by Quanhan at 6:00:00 PM No comments:

Including XP boosters. Yep, blizzard are toying with the idea to pay to play the game less. Sure most games have these now, also all of those that I know do are Free to Play or Buy to Play. In the case of Guildwars 2 they throw free XP boosters at you ( I have about 30 stacked up ).

Now, if they are also going Free to play then I wouldn't have a issue with this at all but there is no word about them toying with that idea, at least in the West.

Maybe its the big surprise for Blizzcon, considering Titan is out of the picture again.

Would I play it if they went free to play. Problery not, the game is just not what I expect from a MMO any more.
Posted by Quanhan at 10:24:00 AM No comments:

Guildwars 2: The Bazaar of the Four Winds