I was extremely harsh on the game with my first impressions. Part of this was a mmo that promises  so much then presents the first thing you see as something worse than the worst Warcraft clones.

Turns out once you get past this hump there is a interesting game to explore.

So I tried the game again, this time doing something I never do. I rolled a human player.

My experience with Warcraft taught me that beast races can get the short end of the stick and while the cat area does get  much nicer once you get out of the valley, the begin is horrid.

Humans on the other hand get a lush, green environment with trees, bushes and its near the ocean.

The human starting area seems to show off the game much better. You get a horse quicker and shortly after the horse you even get a row boat and its the boats that have won me over in this game.

Boats are proper vehicles, you can stop at any time, stand up and walk around on them. Even light the lamp on the front. You can also take passagers.

Row boats are impressive, the bigger boats even more so. With harpoons and canons.

Rowing around the bay was the most fun I have had in a mmo in a long time.

The impression I get from Archeage is its a new Ultima / Vangard. The world is massive and seamless with lots to explore.

Combat is still clunky, labor points the gated crafting mechanic needs to be dumped and I haven't experienced the world pvp yet so I may still endup not enjoying the game but thanks to boats I will be playing this a lot more when its released. So I try my recomendation to give it a go when released. 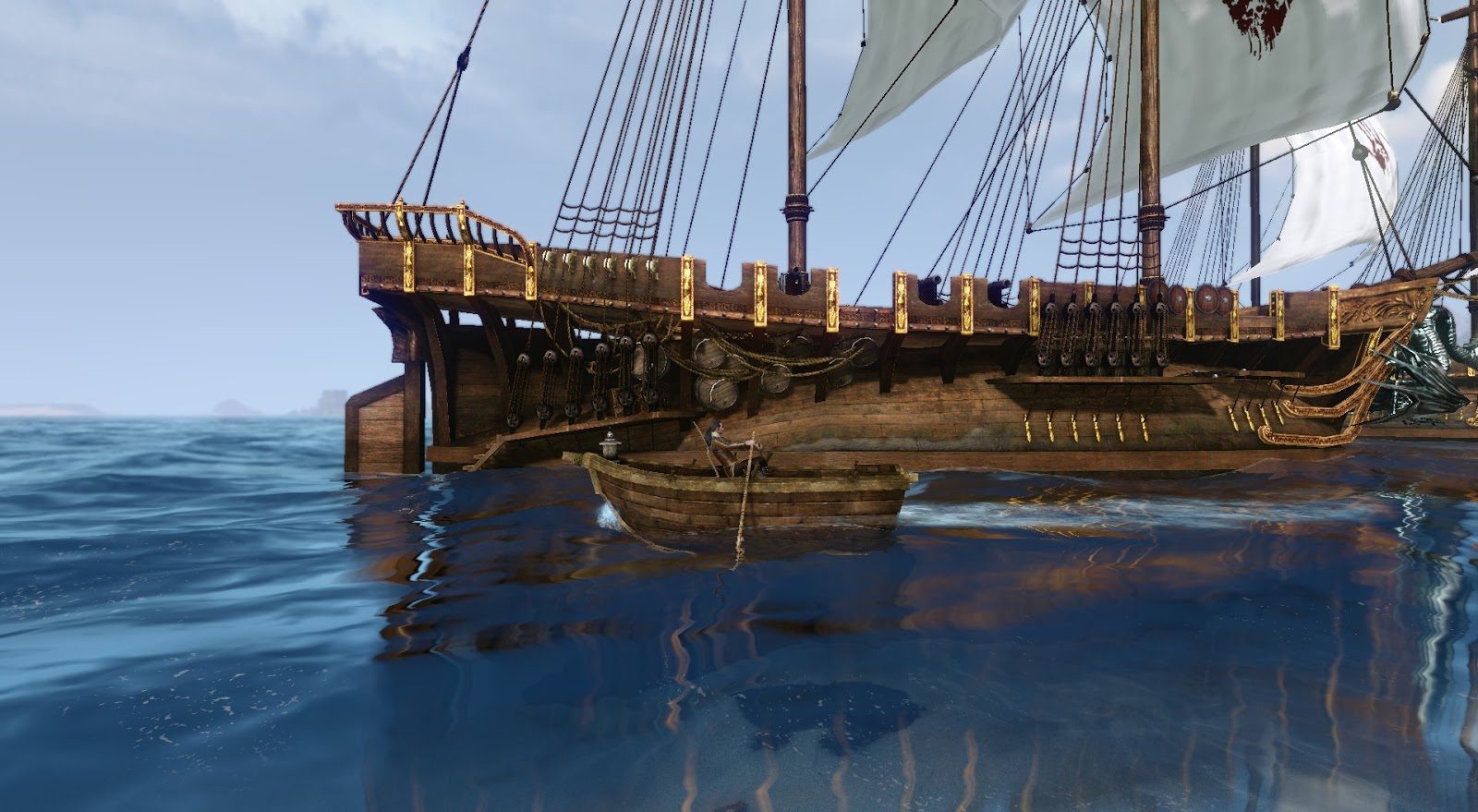