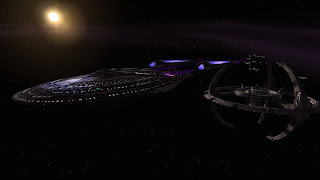 When Star trek Online (STO) went free to play I stopped playing. I thought that I would loose most of my benefits I paid for over the last few years.

Turns out I lost nothing only a cap on how much money I could have in game.

All my max level characters keeped there bank slots, inventory and ships / officers.

So after watching the 3rd anniversary video ( Big post so more after the break ):


I decide to come back and take a look at where the game has gone.

When I left STO it was a game with no endgame. You got to max level and just played either PVP or a handful of 5 man instances and didn't match to the rest of the game.

Now, there is so much to do I can't fit it all in. Its all a grind but a grind in a good way because you can choose how to proceed.

First of they have added a reputation system to the game. Currently there is two reputation tracks, the Omega track for the borg encounters and the Romulus track for the new Romulus zone. Each of these tracks has 5 levels and each level unlocks new research choices. Researching requires using up Badges ( earned doing missions based around the theme of the track ), XP and other items which were once useless. Also each level allows you to choose a ability like more ground damage or better shield skill. Once you fill up the required items researching begins. Most projects take 20 hours to complete. 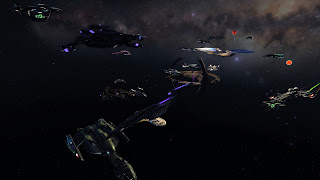 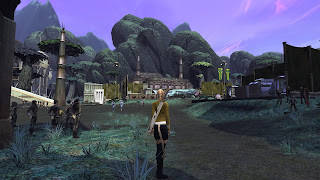 To go with the reputation system is a brand new adventure zones. Adventure zones are more like what you find in a normal MMO. You see other players around you completing daily objectives and from time to time Alerts pop up which are like public quests. The latest which is the new Romulus zone allows you to bring a single officer along with you. The other 2 adventure zones are the Borg invasion and a Tholian theme zoned. 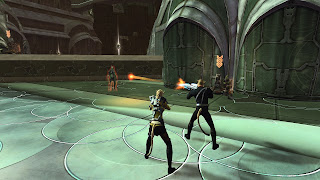 Another new feature is the duty officer system. This system lets you build up a crew of 100+ members where you can assign tasks too. Depending on the task and the skill of the officer you can ether be critical success, successful, fail or disaster. A critical success will award more items where a disaster can put negative traits on a officer, or worse, wound / kill them. Like the reputation system these are time gated anywhere from 30 - 3+Days to complete.

The duty officer system makes your ship feel more alive and gives you reasions to visit locations to try and unlock new jobs for your crew to complete. I like it alot and it rewards with a alteritive advancement system awarding XP to new areas like science, medical, engineering, diplomacy. 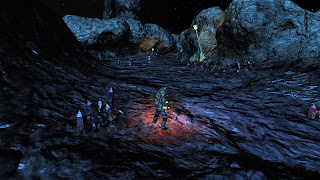 The last thing I want to talk about is the new free to play system. In the orginal you got badges for each exploration zone, pvp bages and instance badges which you used to buy gear. Those have all been replace with Dilitium. You get awared Dilitium now from completing certain events and the duty officer system. Every day on free to play you can refine 8000 dilitium which is now used to buy those items. It can also be traded for ZEN which is the new cstore currency. Currently 93 dilitium gets you 1 ZEN so you need about 250,000 to buy a ship off the store or 31 days of grinding hard out on capping 8000 dilitium a day. You can also buy ZEN to convert to dilitium as almost everything costs it now. You need about 20,000 to buy a epic XII items.

About the only thing bad about the free to play system is the subscription option seems like a waste of money giving no real benefit to the player.  I would subscribe but I rather save that money for ZEN to purcahse bling off the store. So no lost to Perfect World or Cryptic really and without a subsciption I no longer feel like I am being double dipped. Now if they would add Dilitium bonuses (50% gain) while subscribed and free keys for boxes every month as well as the current 500 ZEN ( or more ) I would sign up for a subscription rigth away. But currently all it does is give vet rewards, 500 ZEN and more than 10 million of currency. 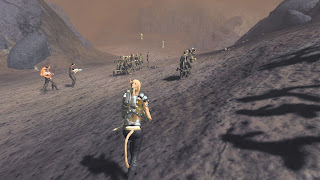 So, in a year or so STO has completely changed as a MMO. Free to play has worked well for them and I have never seen the world so full of captians. Adventure zones are really neat for 'end game' content giving you something to do that while repeative isn't is made dynamic due to other people being around. Also in the last year or so they haven't incressed the level cap, and I hope they never do build your game out sideways, stop going up. The new reputation system is great and so is the duty officer advancement system.

If you haven't tried STO or had previousely played then I strongly recomend you give it ago. Its a fantastic unique MMO that now offers alot of new content which is fun to do with other players and hasn't been ruined by going free to play.

Note: This post was written when I had or google had internet trouble so spelling might be terriable. 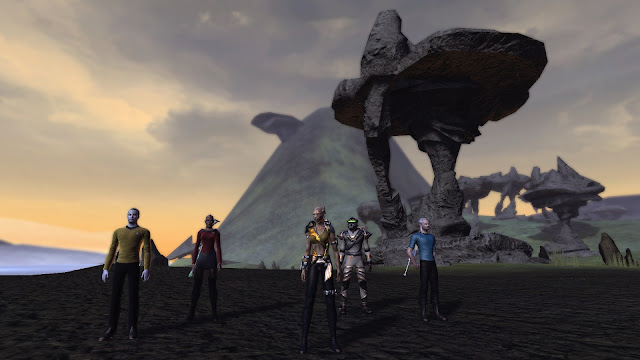