We only had 3.9 for less than a day and now the Beta is going Gamma soon with the launch in a few weeks time.

There has been some controversy over the offline mode being pulled weeks before launch. This doesn't effect the way the game has been in the beta as the beta always required a internet connection and solo play is still a feature just 100% offline / no internet has been dropped.

I am a little concerned about the feature being pulled, not for what it was but just the back tracking on a Kickstarter Promises and it has me worried about the 'expansions' coming after the games launch. Which is EVA game play and landing on planets. I pre-paid those in support of the games development and after the offline issue, I would be upset if they get pulled for being ' Too Hard 'or ' Lack of funding '

As for the game itself, its fantastic for what it is. Its Elite, its space and its space combat done in a way which is skillful and interesting.

The universe is fun to explore, the ship simulation is fantastic. There is a lot to do:

Trading
Mining
Hauling ( Different from trading as you don't have to buy goods just move them some where ).
Exploration
Bounty Hunting
Pirating
Faction Warfare

I haven't experienced any missions yet but they are in 3.9

Decent group play tools. This is sharing bounty's and missions.

This makes multiplayer feel a bit weak and tacked on.

I'll do another post after gamma has launched. The game data gets wiped with most releases, so I am going to have to say goodbye to my viper again. 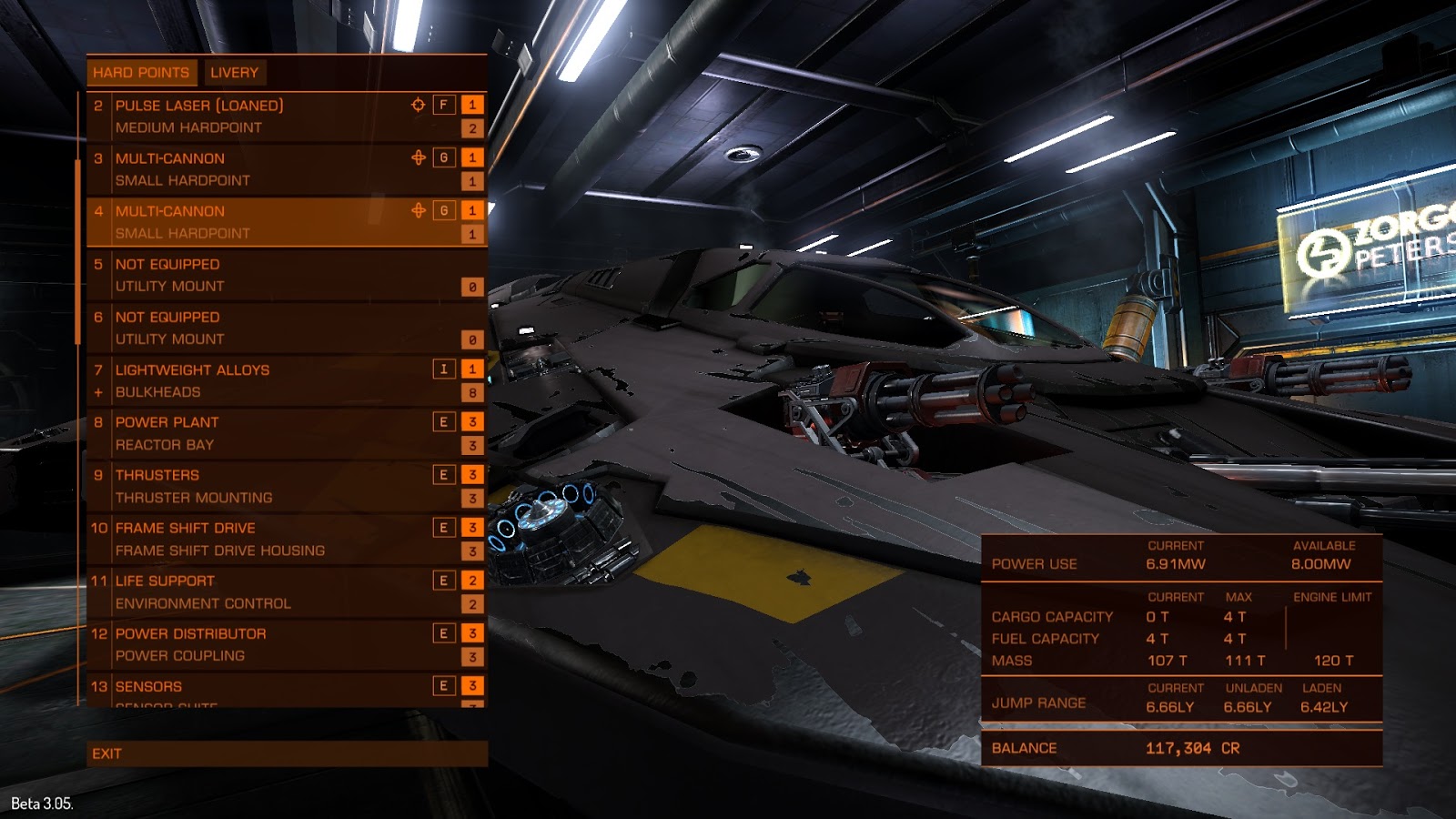